Last week I was fortunate to spend several days in Atlanta — the city in which I was born 32 years ago. Originally, I’d planned to be there only Tuesday through Thursday for a work conference, but after pondering the idea of heading down a few days early to potentially meet my dad for the weekend (my birthday fell on Father’s Day this year, as it does every so often), I knew I had to at least pitch the idea to him.

I flew into ATL very early on Saturday, June 15 and immediately upon landing, headed toward my favorite place in the entire city — that’s right, the roof of the south economy parking lot right smack-dab in the middle of the airfield. At 8 a.m. the weather was lovely… upper 60s with a moderate breeze. It only took a couple hours, though, for the temperature to sky-rocket and the sun to reach its peak directly above my head. And let me tell you, had that moderate breeze not picked up in strength and frequency, I probably wouldn’t have endured the scorching Georgia heat for as long as I did (six hours). And of course, being able to watch the constant stream of action at the world’s busiest airport made 90 degrees a heck of a lot more bearable. 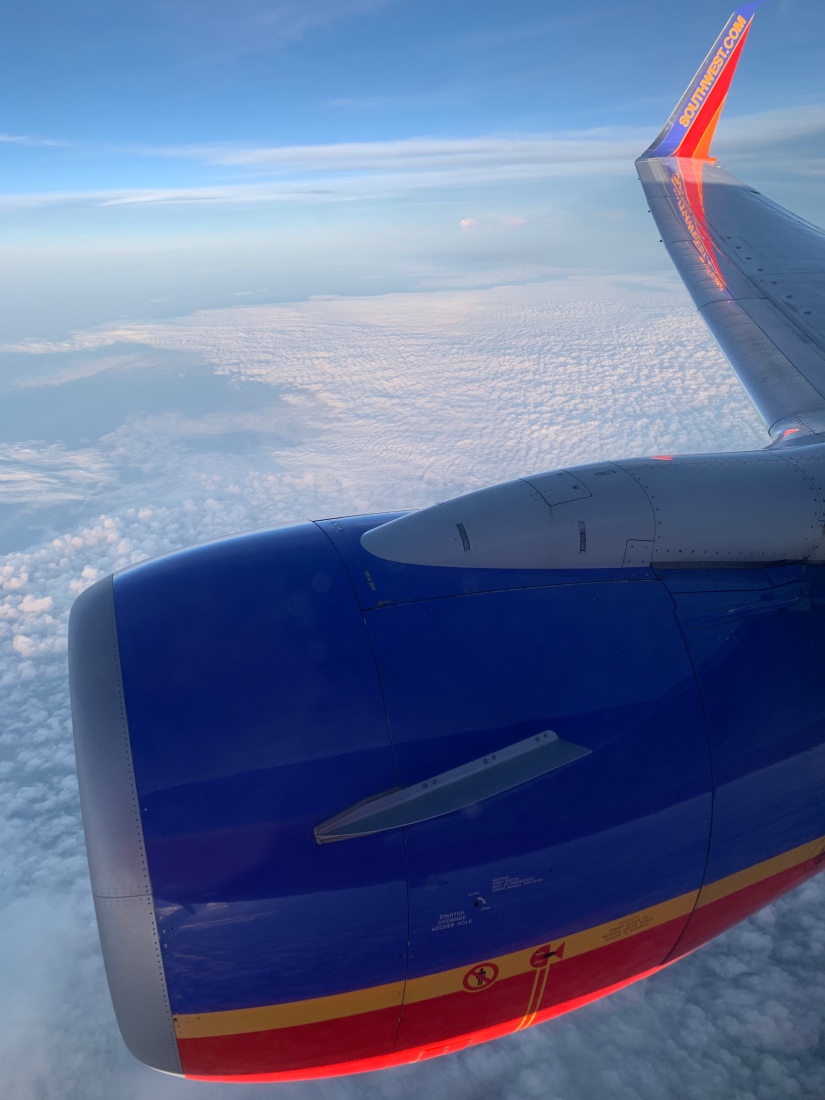 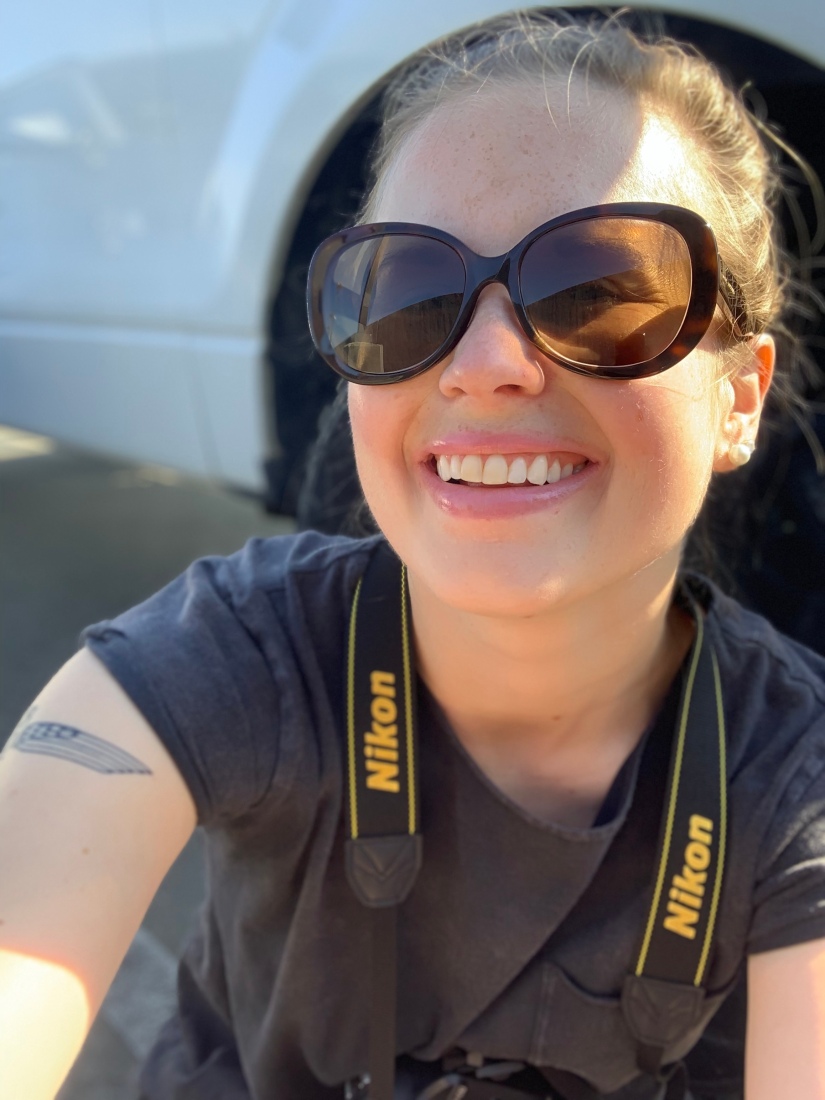 Around 2:30 that afternoon, my dad arrived to pick me up after driving from his home in Melbourne, Florida over the course of two days. We checked into our hotel, grabbed a bite to eat and turned in pretty early — it had been a long day for us both.

Sunday was a special day… it was my 32nd birthday, it was Father’s Day, and my dad and I were together in the city in which I was born, on the very anniversary that I entered the world and that he had become a father. We went to a baseball game, and despite the blistering sun and intense humidity, we had a great time and were able to see the Braves absolutely crush the Phillies to clinch the three-game series. We enjoyed a special dinner at a restaurant that I had chosen because of its tasty-sounding burgers (and veggie burgers!) and the fact that they had onion rings — the type of greasy grub we’ve been enjoying together (in moderation, of course) for as long as I can remember. Little did I know, however, that this very restaurant I had chosen, was just a hop, skip and a jump away from the house we lived in back in 1987. Even though we moved to Minneapolis shortly after I was born, it really was something to see that place, knowing that so many memories had been made within those walls. 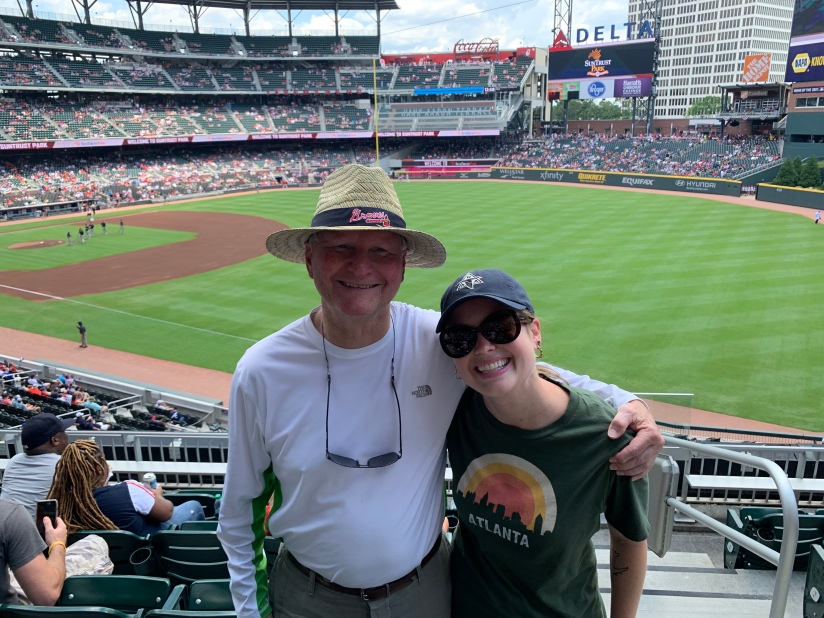 On Monday, my dad hit the road decently early, as he would be driving all the way back home to Melbourne that day, which would take him about nine hours. I worked a half-day from my hotel, before sneaking back over to the airport for another six hours of plane spotting. 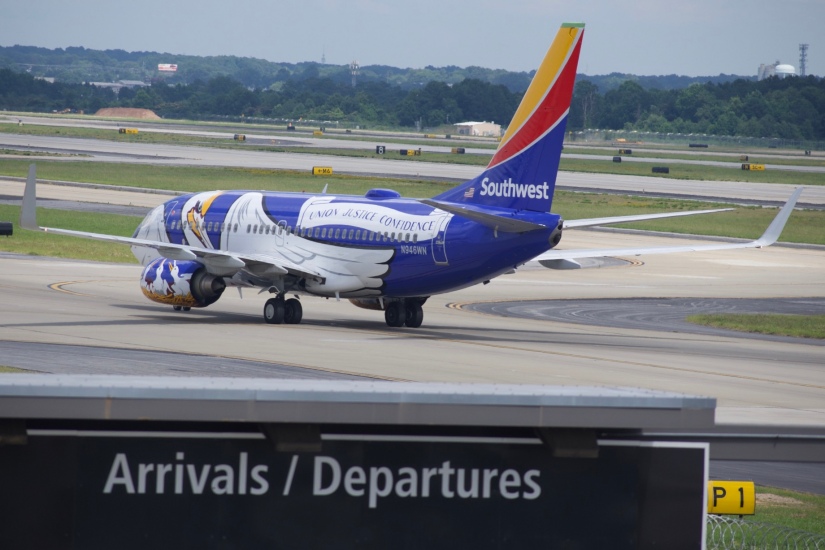 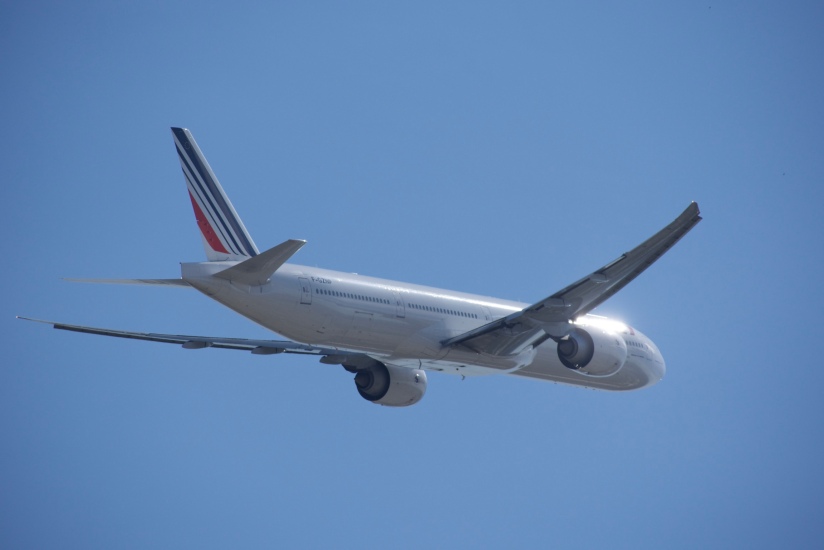 Tuesday, I again worked remotely — this time a full-day — before catching a shuttle to the airport where I planned to hop aboard a second shuttle to my new hotel, which was closer to the conference site. Of course, I couldn’t be at the airport without snapping just a few more photos — and by that I mean, I spent a few more hours taking hundreds of photos. 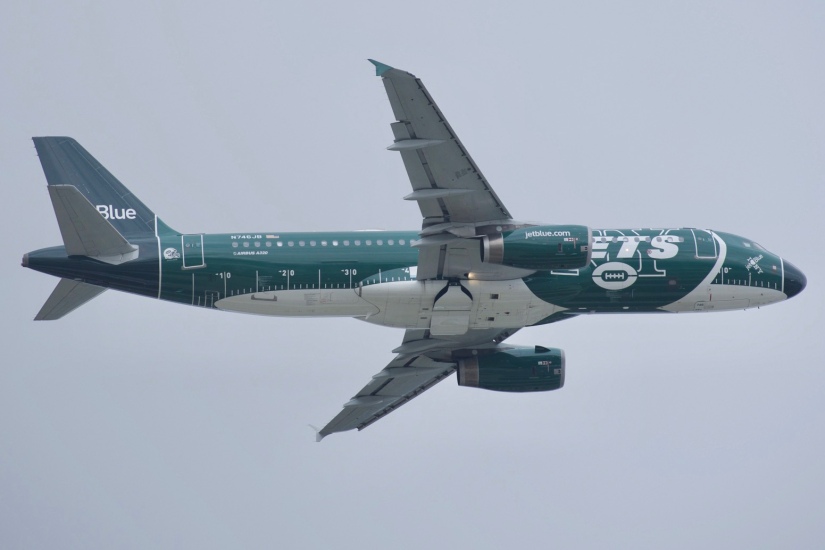 After I had my fill, I headed to my home for the next two nights: the Renaissance Concourse. Those familiar with the area — and especially AV geeks familiar with the area — are likely aware that this particular hotel is a prime location for viewing the runways on the north side of the airport. It’s also situated just a half-mile or so from the Delta Flight Museum, where this year’s Airline Archivists and Historians Association conference was being held. That evening, I attended a meet-and-greet with other conference-goers, before turning in early, knowing I had a jam-packed day ahead of myself. 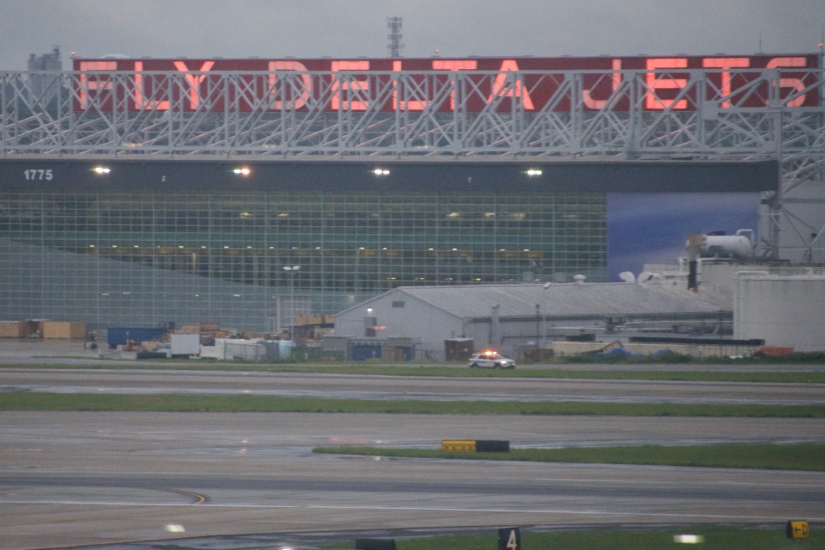 Wednesday morning I met with a few other conference attendees in the hotel lobby, and we caught the shuttle over to the museum where we enjoyed breakfast, before engaging in several activities throughout the day. Between touring the DC-3 and 747, visiting the Delta Archives and watching presentations by reps from The MediaPreserve, Airways Magazine, Airline Guys and Georgia State University (where they’re preserving a lot of Eastern Airlines artifacts), it was by and large one of the best days of my life — at least in recent memory. That evening, we all shuttled over to a local restaurant for dinner, which served as a great end to a great day. 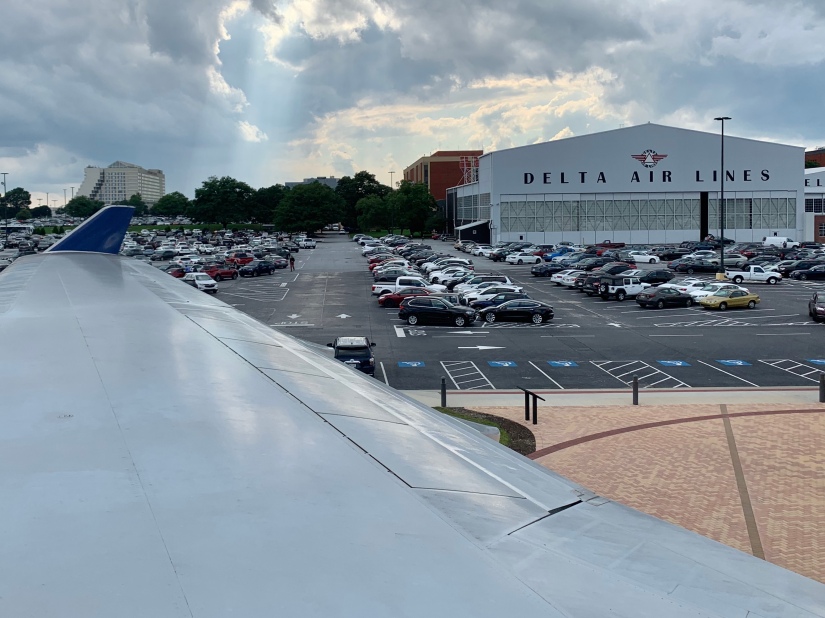 Thursday morning, we wrapped up the conference by boarding a bus bound for The Coca-Cola Company world headquarters in midtown Atlanta. There, we were fortunate to tour the company’s archives — a well-hidden treasure trove housing artifacts that date back to pre-1900. It was a fascinating experience and one we were all very fortunate to be part of, as the archives are closed to the public… in fact, only staff and their friends and family are permitted. After a great morning, we boarded our bus back to the museum where we were granted early admission to Airliners International 2019 — the world’s largest airline collectibles show. Believe it or not, I didn’t buy a THING! 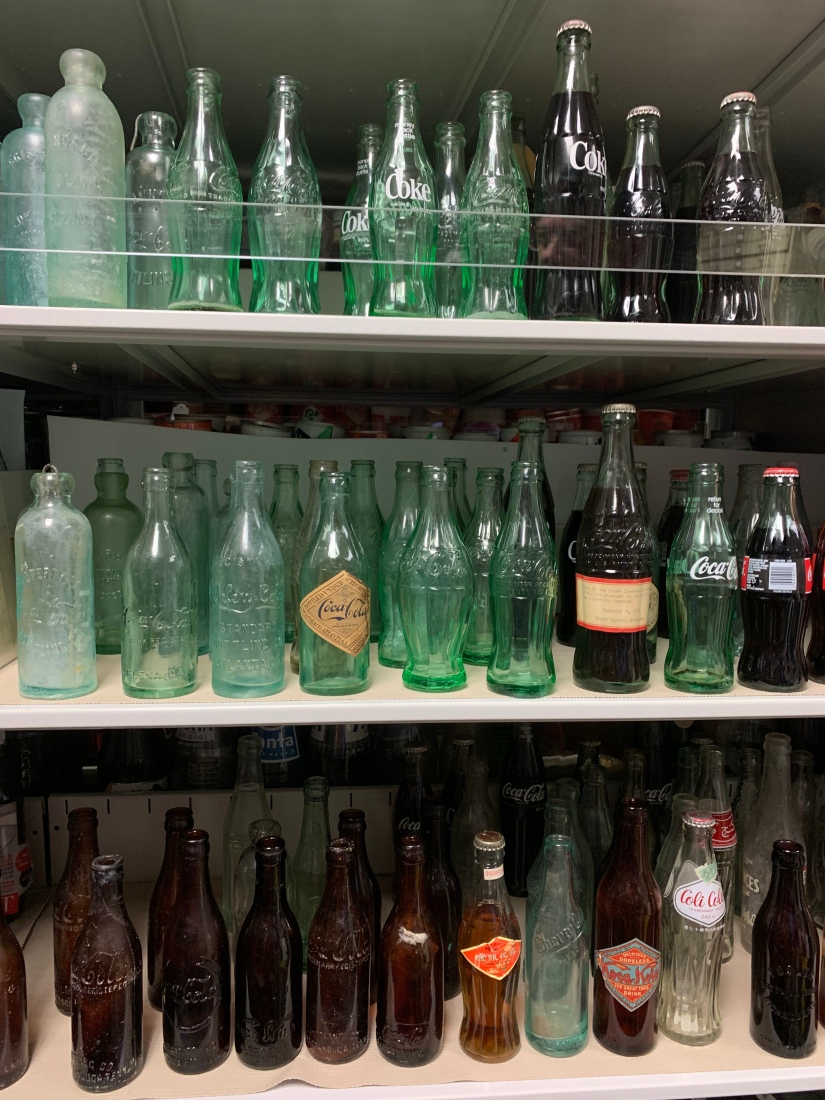 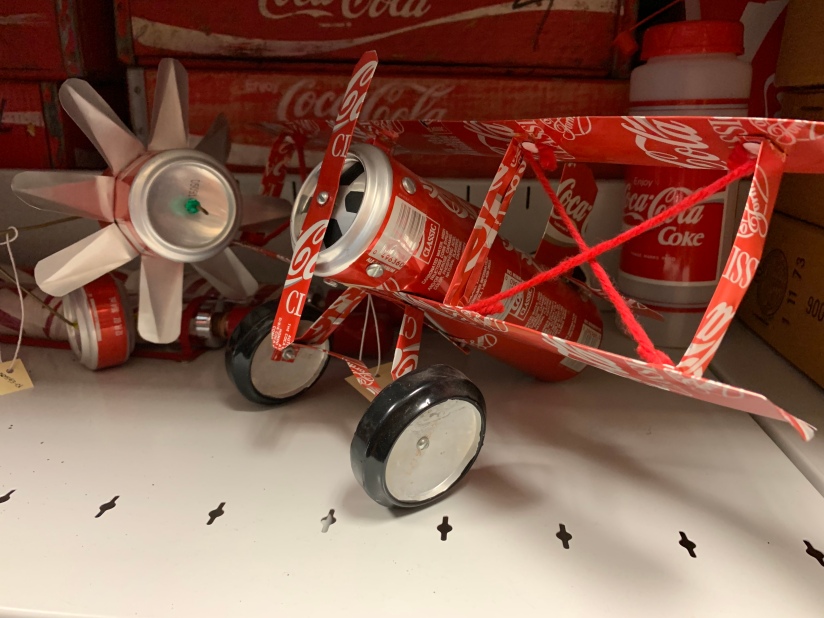 Several of us were flying out that afternoon, so we caught a shuttle over to the airport, where we hugged and said our goodbyes. In fewer than 48 hours, I made some incredible friends… it was a great group of people with a shared passion for flight, representing nearly all the major U.S. airlines, in addition to a handful of aviation museums — both big and small — throughout the country.

The theme of this year’s conference was “Making Connections,” and the more I think about it… I think that was my favorite thing about my week in Atlanta: the many connections I made.

I connected with my dad on a special day, in a special place… I have memories from our weekend together that I’ll cherish forever.

I connected with — and learned from — museum curators, archivists and historians, most of whom are current or former airline employees, from flight attendants to pilots… HR reps to mechanics, we were certainly a diverse bunch!

I “connected the dots” so to speak, through several — sometimes quite obscure — “Aha!” moments. An example: the syrup urns that Coca-Cola made available to soda fountains in 1896 were produced by a pottery company in Wheeling, West Virginia. Well, just a year earlier in that very city, one of The Boeing Company’s four main “founders” — James “Dutch” Kindelberger — was born. Now I think that’s pretty neat!

Most importantly, I connected with my passion and with my roots… simply put, I connected with myself. At my core, I’m a storyteller who loves airplanes. It took awhile, but I found a way to build a life around that — coupling what I love with what I’m good at. You can do the same… in fact, anyone can.

Often times when I tell folks I work for Boeing, they ask, “Oh, you’re an engineer?” I of course respond that no, I’m not an engineer, I work in communications for our Historical Services department where I wear several different hats: historian, archivist, tour guide, writer and digital strategist. At a high level, my job is to keep the history of Boeing and its heritage companies alive — a pretty sweet gig, eh? And, AND… there are tens of thousands of other sweet gigs throughout the company… and no, they don’t all center around engineering.

Our company, the airlines and really the majority of companies in this (or any) industry require a broad pool of talent and a diverse set of skills to function properly. Yes, the aerospace industry heavily relies on all different types of engineers, but it also needs marketing specialists, financial analysts, customer service representatives, salespeople, accountants and yes… storytellers. That’s all to say that if you work hard to make a connection between what you love and what you’re good at, you too can land your “dream job” just like I did.

Persistence pays off, and positivity and kindness can work wonders. So keep following your dreams, working hard and making those connections… they’ll take you far, both literally and figuratively.

P.S. Thanks to everyone, near and far, who helped me surpass my goal of reaching the 10K mark on my Instagram account. Here’s to new friends — near and far!