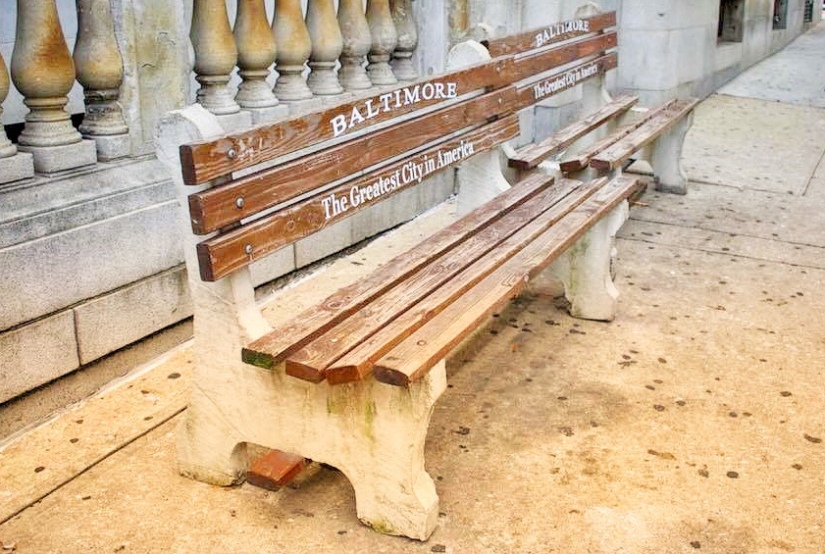 I’ve had a lot of people asking me about my “daytrips” recently, so I figured I’d share a little bit about what I do and why I do it.

Hopeless and alone in Chicago, I needed something to perk me up. Of course you all know I’m kidding about being hopeless, but indeed I was (and still am) living alone here in the Windy City as my husband finishes up school in Minnesota.

OK, back to the story.

Earlier this year, I got the incredible urge to fly (what else is new?) so I started perusing my favorite website, Google Flights, to find the cheapest flight to… anywhere. In my search, I set my departure city to Chicago (all area airports) and left my destination blank. I set my search to roundtrip, with both the departing and returning flights on the same day.

And just like that… I was a daaaaaaytripper, roundtrip ticket YEAH!

Anywho, I found a basic economy fare on American Airlines for $87 roundtrip. My destination for the day? Atlanta. Fun fact, I was actually BORN there.

My flights had me arriving into Hartsfield-Jackson International Airport mid-morning, and leaving that night. First things first, you have to understand that my number one priority in booking this was to get my butt up into the clouds for a few hours, so anything above and beyond the two flights themselves I considered to be a bonus.

Going into the trip, I knew I had roughly eight hours between the time I would land and the time I needed to get back to the airport for my return flight. I had done some research on the city and found a bakery I wanted to visit, a particularly awesome-sounding museum I wanted to spend time at (THE DELTA FLIGHT MUSEUM… duh!) and last, but not least, I of course wanted to do some plane spotting.

Another priority was to keep costs low, so I took public transit (MARTA) to the bakery, which was on the Georgia Tech Campus—setting me back only a couple bucks each way. Lucky for me, everything else I wanted to do was in and around the airport itself (a perk of being an AV geek). Between transportation and snacks, I spent roughly $50 throughout the day… add that to the nearly $90 I spent on roundtrip airfare and my total trip cost was about $150.

I was amazed, proud and completely and 100 percent satisfied.

Trust me, I knew after just one of these daytrips that it wasn’t smart OR sustainable to do this often. However, Scott and I only have about a year-and-a-half of living apart to get through, so I know and accept that I won’t be doing this once we’re back together. Heck, living in the same city, much less the same apartment as him is a million times better than any daytrip could ever be anyways. These adventures serve as something for me to look forward to (and enjoy) in the interim… not just to fly, but to explore a new place and experience new things.

Following Atlanta, I visited Tampa, Boston, and Denver over the course of roughly three months.

Then, lucky for me, Scott found an internship here in Chicago for the summer, so Annie the daytripper took a little vacation from the… vacations, with one exception: as a birthday present to me, Scott agreed to tag along on one of these crazy jaunts. Our destination? The Big Easy. That trip to New Orleans marked my fifth (and most fun) daytrip. Honestly, it wasn’t my favorite city, but sharing it with my favorite person gave it a certain edge.

Sadly, just last week Scott moved back home to Minnesota for his final year of school, so I (naturally) booked my sixth daytrip two days later. This time, I was headed to Baltimore. I thoroughly enjoyed exploring Maryland’s largest city… I took in everything from the Inner Harbor to Camden Yards, and even made the trek up to Roosevelt Park and Johns Hopkins University—it was historic, it was beautiful and I already want to return.

So folks… I’ll leave you with a piece of advice:

If you’re adventurous, fearless, curious and have the freedom to “pick-up-and-go,” I’d highly recommend trying one of these day trips. I am happy to answer any questions you might have, or provide any advice on destinations, airlines, when to book, etc. I’m already wondering where I’ll go next, and when. Honestly, daytripping is dangerously addictive… but don’t let that deter you. If you do it right, it’s worth the time and money. The only downside? You might need to factor in a long nap the next day.

Fly on, my friends!

This aircraft was the first Swift Air plane I ever photographed — almost four years ago at STL. The St. Louis Blues often fly on this bird, and I love that she’s still in the Swift paint scheme (minus the letters) despite the airline’s rebranding by parent company iAero in 2019. She’s seen here departing PHX for LGB yesterday afternoon.
You wait so long… I was delighted to finally meet “Maid in the Shade” tonight. This beauty was supposed to join B-17 “Sentimental Journey” in Seattle last summer, but got stuck in Walla Walla for an extended period of time while waiting for some parts. One of just 34 airworthy B-25Js, this bomber flew 15 actual combat missions out of Corsica in 1944. I am so grateful to be here with the amazingly smart and kind folks at CAF Airbase Arizona this weekend… and I can’t wait to share more warbird goodness with all of you in the coming days!
That’s one pretty @boeing 757! The @dallasmavs blast out of @phxskyharbor after beating the @suns 99-95. Next stop, @slcairport where they’ll take on the @utahjazz tomorrow.
Spamming your feed with another Dash 8, a Canadian breed with unfortunate fate. The turboprop hop’s now a thing of the past, but they flew pretty low and they weren’t very fast. So out with the old, and in with the new. Say hello to the E-Jet, goodbye to the Q.
Orange you glad I didn’t say Alaska? I always do a double take when I see “Akasa” written out.
Yes, it’s true. Next Tuesday, January 31, at 1 p.m. PST, we will officially bid farewell to the last Boeing 747 at our Everett factory. Recently, our Historical Services team was asked to identify our favorite photo from the Boeing Archives, and this is mine. The 747 story is unlike any other and it will always be one of my favorite ones to tell. This photo sums up what a monumental effort this airplane program was. I can’t wait to celebrate with friends, colleagues and some very special guests next week as we give 1574 the send-off she deserves. The event will be live streamed as well… I’ll share the link day-of and I encourage you all to tune in! (Photo: The Boeing Company).