If ever a day was made for me, today is that day: National Aviation Day. The holiday—established in 1939 by President Roosevelt—is celebrated each year on August 19 to commemorate Orville Wright’s birthday and to promote interest in all things flight.

Some people (like me) don’t need a holiday to up our interest in aviation. Others (like the rest of the population) come out to air shows and stare up at the sky, jaws dropped and eyes wide, as though they’ve never seen an airplane before.

The 79th National Aviation Day fell on day two of the 2018 Chicago Air and Water Show—an event that draws roughly 2 million people to the Windy City over the course of two days. This year—as both a Chicagoan and an employee of The Boeing Company—was the first time I attended the event.

Now, I’ve been to airshows, but this… this took the cake.

Saturday, my husband, father-in-law, step-mother-in-law and I biked up to North Avenue Beach to take in the five-hour show. It was hot and it was crowded, but it was an absolute blast. I was completely in my element and it meant so much to me to share that time with people whom I care so deeply about.

Sunday, my husband Scott and I were fortunate enough to have “VIP” passes to the Boeing tent. Those little orange tags hanging from lanyards around our necks were our passes to free food, free beer, a set of two heavy-duty Boeing lawn chairs and (best of all) front row seats to all the action.

My heart beats fast and my mind strays each time I do so much as think of what I saw over the last two days… I know the pictures won’t do it justice, but at the very least they’ll help paint a picture of what the show is all about. 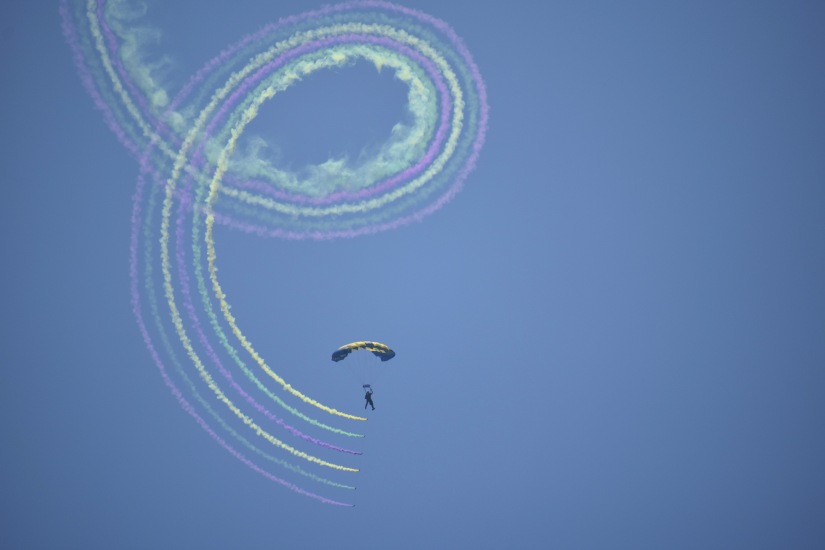 We also saw a LOT of aerobatics… the Aeroshell Aerobatic Team and the Firebirds Delta Team among other teams and solo acts. 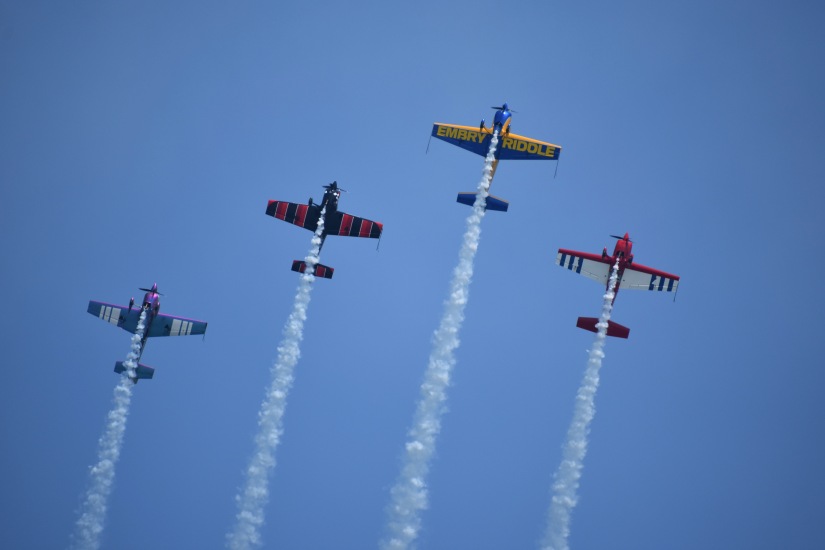 We saw crazy awesome military aircraft, including the Lockheed Martin F-35 Lighting II and the Boeing KC-135 Stratotanker (a modified 707).

And, aside from airplanes, we saw plenty of helicopters and boats… photos that I’m not going to spend the time sifting through and posting. Sorry, I like airplanes, and that’s what you’re going to see here.

However, I will say that this event was completely eye-opening… not because fighter jets were zipping past at 600 miles-per-hour; not because aerobatics teams were crisscrossing, zigzagging and doing anything and everything that we thought they shouldn’t be able to do; and not because parachutists were floating down from two miles above Earth while gracefully making multicolored curlicues.

This event was eye-opening because people from literally all walks of life came out to the shores of Lake Michigan to turn their eyes to the sky and tune their ears to the buzzes, hums and sometimes downright scary roars of the planes flying overhead. It didn’t matter if you were homeless or a millionaire with a lakefront condo… every single person oohed and aahed, pointed toward the sky and had goofy grins plastered on their faces as they watched the miracle of flight unfurl before their very eyes. There’s nothing left to say, except thank you Boeing and thank you Chicago for one heck of a weekend.